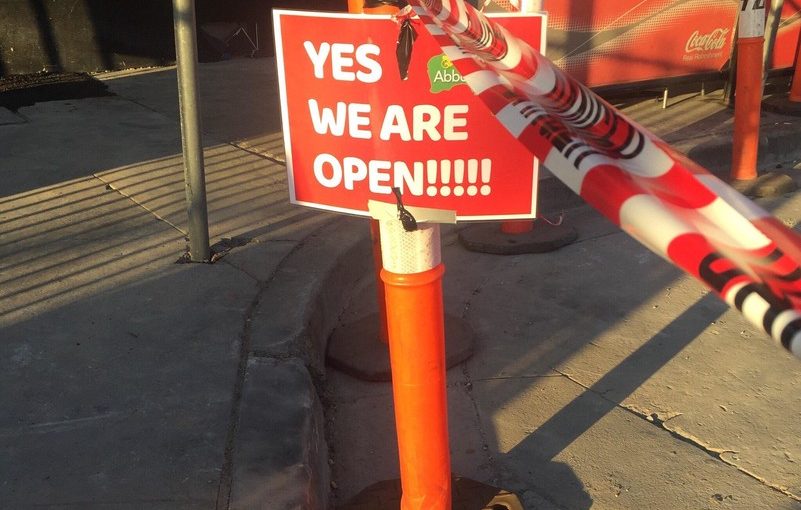 Language is constantly evolving. Already this year, the Oxford English Dictionary has added 650 new entries. With the rise of hashtags, abbreviations and emojis (the fastest growing language in the UK), we can see how casual words and associated marks creep into the language from modern culture.

This makes it tricky to pinpoint exactly what is appropriate for the kind of professional copywriting we do at Cahoot.

On the one hand, standardisation makes companies look professional and competent. However, making an impact in the copywriting world often means creatively bending the rules to produce the kind of standout stuff we like to offer our clients.

Some connections to the public consciousness result from reflecting familiar, modern usage rather than sticking to an antiquated set of rules.

There are 14 punctuation marks that are commonly used in English grammar, the two most contentious being the comma and the exclamation mark.

Our editors work hard to ensure neither goes rogue within our copy, while still allowing for bursts of creative usage that might help our clients to get noticed in a sea of formulaic copy.

Today, we’re considering whether the exclamation mark has a place at all within the kind of copy that we do at Cahoot. When we mentioned it in a LinkedIn post a few weeks ago, the response was intriguingly fervent.

Historical and modern use

Let’s preface this with a quote from the late, great comedic writer, Terry Pratchett:

“Five exclamation marks, the sure sign of an insane mind”. (Reaper Man, 1991)

Some punctuation gives your work structure, clarifies meaning and…well it saves lives. In a famous example, the innocent ‘Let’s eat, Grandma.’ becomes the much darker ‘Let’s eat Grandma.’  The comma is a powerful thing.

Exclamation marks do none of these things. Over the years, poetic expression with exclamation marks in Shakespeare’s day gave way to overuse by the time Bonfire of Vanities came out in 1987, which featured a grand total of 2,343 of them.

In modern times, the exclamation mark seems to be little more than a sign of insecurity about the power of your own writing. It’s become the star player in casual communication, such as Facebook posts and texts. Donald Trump ends his tweets with an exclamation point 68% of the time, further tarnishing the reputation of this poor punctuation mark.

Let words speak for themselves

If you’re writing strong copy, it doesn’t need the exclamation mark. As Andy Darley remarked on our post: “the punctuation equivalent of comedy bow ties – if you’re wearing one to show how funny you are, it’s because you’re not funny.”

Flexibility in copywriting is essential for finding the boundary between professionalism and connection with your reader. Know your brand voice (Alison Tedford) and, if it’s consistent, the odd exclamation mark may be able to stay. Generally speaking though, we believe that saying something the right way does not require the extra emphasis to have the impact that we’re looking for.

An exception. How lovely.

Of course, this wouldn’t be a blog about the English language if there wasn’t an exception. There are exclamatory phrases that need the extra help of an exclamation point to make it clear that they are sincere. Without the punctuation, phrases like ‘Well, that was fabulous.’ sound sarcastic and ‘Congratulations’ falls flat (thanks Vicky Ross, for pointing this out).

However, these phrases rarely have a place in formal copywriting, certainly in our healthcare copy world, so we still feel pretty safe with a general aversion to exclamation marks.

What do you think?

I can honestly say that the quality of their work, organisation and efficiency has been a huge contributor to the reliability of our delivery for over a year now. Alfie has built a team that are second to none, which I believe is testament to the fact that he has always had a lot of consideration and care for the people that he works with. I believe that Alfie has built an outstanding company with an outstanding team.

Fab quality, well-researched posts always delivered on time or early, with quality images. I am happy for them to represent our brand on social media.

- Marion Watts, The Charge from London to Paris -

From start to finish a thoroughly good company to work with for all things digital. Very responsive and efficient. Thanks Alfie and team.

We understand that social media is important for us, but we just didn’t have the time or staff to understand what we need to do. Cahoot Marketing showed us the way really clearly and helped us spread the word of what we do here at the
Centre.

We would love to hear from you!